For a woman who wishes to become pregnant, a uterine fibroids can be a problem if:

They are located above the cervix, preventing sperm from crossing the uterus.

They obstructs the fallopian tubes, preventing the passage of sperm to the egg and the fertilized egg to the uterus.

They decreases blood flow to the uterus.

Uterine fibroids are benign (non-cancerous) tumors formed by fibers very similar to those of the uterus itself.

It is estimated that 70% of women develop fibroids during their lifetime, with a higher incidence after the age of 50. They are usually asymptomatic and do not require treatment.

A patient may have one or more fibroids of different sizes in the uterus, causing various symptoms, altering her quality of life and even affecting her fertility.

Increase in the volume of the abdomen.

There are various treatments, depending on the size, location, symptomatology and vascularization of the fibroid. To apply one treatment or another, the woman's age and her fertility desires are always taken into account.

Myomectomy, today is the "gold standard" in the treatment of fibroids in patients who want pregnancy, since it is the procedure supported by studies, you have always had experience. However there are intramural fibroids, if removed by myomectomy, would cause a severe lesion to the myometrium.

The minimally invasive techniques described below have increasing scientific support as a way to solve the problem of intramural fibroids.

The complete removal of the uterus or womb of the patient. See more information.

The excellent results of the treatment with the radiofrequency, RF system make it highly recommended over any other option.

Radiofrequency ablation is acts minimally invasive fibroid treatment, an alternative to fibroid surgery. It acts directly inside the fibroid by thermocoagulating the tissue through a very fine needle that emits radiofrequency at its tip, in a controlled manner over the entire surface of the fibroids and without damaging the uterine muscle.

No aggression to the uterine walls.

Rapid recovery of the patient.

Possibility of treating several fibroids in the same intervention.

Uterine Artery Embolization is a safe technique, introduced by Ravina in 1995, then endorsed by world agencies (NICE, FDA...). It is painful in the first week after the procedure and has a risk of permanent amenorrhea (loss of periods) of 3% in patients in those under 40 years of age and 15% in those over 40 years of age.

It is not considered the first choice in patients who wish to become pregnant at some point in their life. 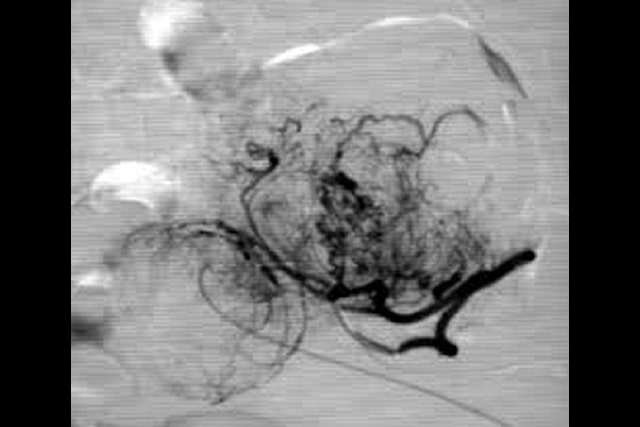 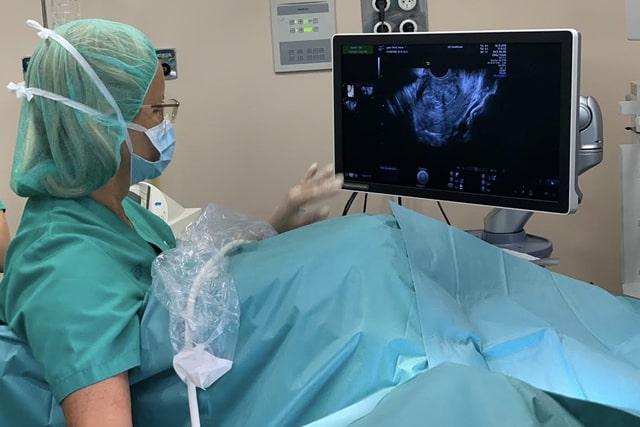 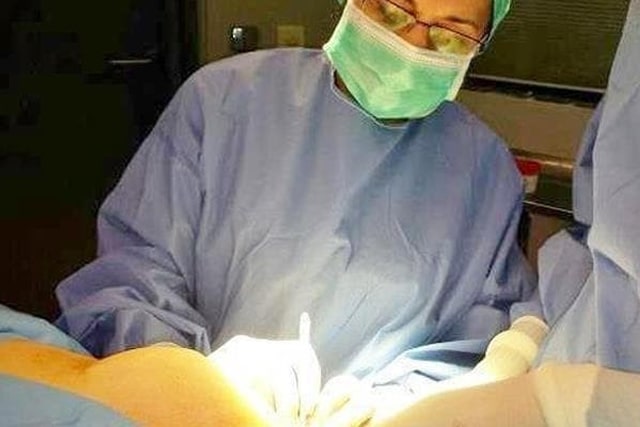 It is the destruction of fibroids by ultrasound from the outside. A thermal mapping system is used to treat the fibroid with the thermal effect, the procedure usually lasts 3 hours, 2-10 cm fibroids can be treated although the FDA has authorized 4-5 hours of treatment. It is an effective treatment in terms of controlling bleeding and reducing the size of the fibroid. The main disadvantages are the time the procedure…. the need to repeat the procedure and the price.

Vaginal Radiofrequency It is performed under ultrasound control and the patient is sedated. First, a biopsy of the is taken and analyzed in pathological anatomy. The fibroid is punctured with a radiofrequency needle and the entire fibroid is treated. Subsequently, the vascularization of the fibroid can be verified in the same operating room. It is a safe procedure. The controls will be made at two and six months.

We have the latest technology. Gynecological 3D Doppler Ultrasound and Elastography for fibroids, two novelties in the treatment of uterine fibroids.

Specialist in fibroid treatments without surgery

Don't delay, we can help you!

Our team of medical specialists has been treating uterine fibroids for more than fifteen years with the most innovative techniques.